skip to main | skip to sidebar

America is a company owned town 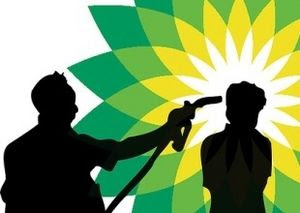 "The United States can no longer engage effectively in "nation-building" in the one place on Earth it has a right and duty to do so: at home. These are the lessons of the 2010 Gulf oil catastrophe"

It doesn't get more complicit than this

I've been wholly absent, although I've looked in now and again so that I could check in on a few of your blogs.
Today's meandering brings me to share my findings. 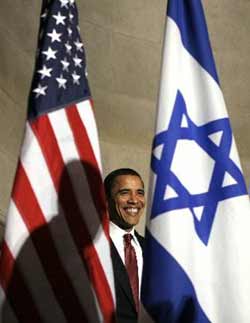 Israel is set to hold a missile test on a US missile range in the Pacific Ocean in an exercise that will also see the US test three missile defence systems, a senior US general has said.

The test site will allow Israel to measure its Arrow interceptor missile system against a target at a range of more than 1,000km, Army Lieutenant General Patrick O’Reilly, director of the Pentagon’s Missile Defense Agency, said on Tuesday.

“They [Israel] are having a flight test soon this summer,” he said.

“They are limited to the range of the missile they can test in the eastern Mediterranean. There’s a safety issue.

“That’s the primary purpose of them coming to the United States to use our test range.”

The Arrow system, which was developed by Israel and the United States, is intended to defend Israel against possible ballistic missile attacks from Iran and Syria.

It will be the third such test held by Israel in the United States, a US defence official said.

The exercise is likely to take place within the next few days off the central California coast, between Santa Barbara and Point Mugu.

The test will also give the US military a chance to test its own anti-ballistic missile systems, O’Reilly said.

“The upcoming test also provides us the opportunity to have the Patriot system, the THAAD system and the Aegis system all interacting with the Arrow system so that we’re demonstrating full inter-operability as we execute this test,” he said.

But he said that the exercise would only test certain elements of US missile defence systems and be a largely Israeli operation.

Israel successfully test-launched its Arrow II interceptor missile in April, shooting down a target simulating an Iranian Shehab missile over the Mediterranean Sea.

Israel has expressed concerns that Iran’s uranium enrichment programme is aimed at producing nuclear warheads that could be attached to ballistic missiles.

Iran has repeatedly denied that it is pursuing a nuclear weapons programme, saying that its uranium enrichment work is geared towards generating electricity.

Earlier this spring she shared her latest experience (complete with Spider Man outfit) of just what the above story means for the all the Palestinian diaspora, their existence, their families, the obscenity of the imposed birthright of everyone of her nationality.

Iraq, Lebanon, Jordan; "democracy" being visited to the world in the fashion so undeniably imperial, so ubiquitously 'American'; but that's another word who's common usage overlooks the other countries and continents which are encompassed in its more correct definition.

'Democracy everywhere', but none to spare for a Palestinian.

The Truth About the Gaza Massacre - Video

and yet another disgrace for Canadians:
"Wiped off the Map"
Park funded by Canadians hides the ruins of Arab villages.


Harper, Ignatieff and the other apologists for ethnic cleansing should listen to these real Jews.

On the opposite side of the spectrum Zionists in New York dance and celebrate the Gaza massacre while high profile Democratic politicians repeat the "Israel does not target civilians" propaganda.
Some of the Zionists declare Israel should "Wipe them all out" - an open call for genocide.

If you said such a monstrous thing in Canada,
(and it was not, of course, referring to Muslims),
you would be charged with sickeningly Orwellian "hate crimes".
If you said it specifically referring to Zionist Jews, you would find out fast how equal all Canadians really are.

See Zionism for what it is - a monstrous all pervasive supremacist movement that has nothing to do with religion, yet it hides behind Judaism.

As unacceptable as it might sound their lobby groups in Canada control the media and government.
Politicians fear their financial and media strength and would sell you or me down the river in a heartbeat at their behest.

Two examples of Canadians who dared upset Zionists both here and abroad are Leslie Hughes and Maj. Paeta Hess-von Kruedener, two people who dared utter truths displeasing to Zionists.
Hess-von Kruedener reported Israeli war crimes against Lebanon from his UN bunker in 2006 that was then deliberately wiped out with repeated air strikes by the Zionist air force.
Zionist puppet Stephen Harper then proceeded to blame Hess-von Kruedener for doing his job and standing in the way of the Zionist war machine.
Although the UN outpost was clearly targeted for destruction by Zionist Israeli forces for daring to report their war criminal activities Harper did not lift a finger to defend the Canadian or demand any explanation from the Zionist war criminals.

In the last Canadian election Liberal candidate Leslie Hughes was singled out for previously authoring a blog post about groups with foreknowledge of the 9/11/01 attacks and was quickly thrown under the bus by lickspittle Stephan Dion at the behest of Canadian Israel lobby stalwarts The Canadian Jewish Congress and B'nai Brith Canada.

Now Bernie Farber of the Zionist lobby group Canadian Jewish Congress, in seeking greater control over what Canadians can say or think, has levelled a ludicrous claim:
" Jewish group claims pro-Gaza protests have violated Canadian laws"
Be careful if indeed you intend to practice your now tenuous right to free speech in Canada. If the Zionist Lobby does not approve of what you say or do, you can bet that their government pets will sick the increasingly Stasi-like Canadian "law enforcement" alphabet agencies all over you.

The Siege of Gaza

...is not a "war on terror". It is the slaughter of innocents. It is a crime against humanity, against justice. 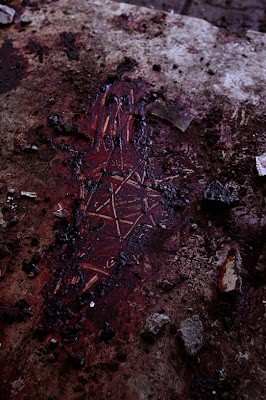 It is a war of aquisition and a genocide.
Do what you can to help Gaza.
Posted by Amelopsis at 5:19 p.m. No comments:

Moon and the planets Venus and Jupiter 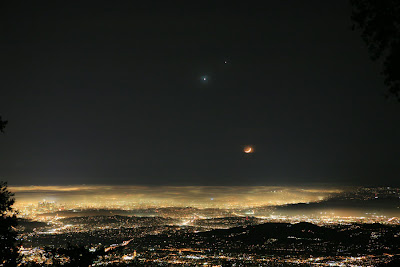 "Visible the world over was an
unusual superposition of our Moon and the planets Venus and Jupiter."
Posted by Youngfox at 2:31 p.m. 1 comment:
Labels: astronomy, planet, space, youngfox 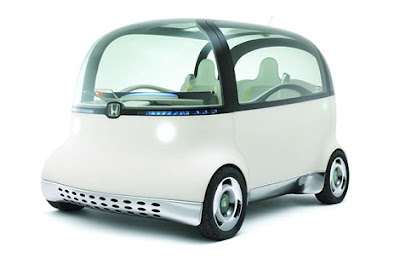 "the design team worked very hard on it"
"touching the vehicle's soft body."

Animal of the Day